The Construction Development Corporation Limited (CDCL) has its genesis in the erstwhile Mechanical Division of the roads department under Ministry of Works and Human Settlement (MoWHS). On July 1, 2006, it was delinked from the ministry to function as a self-sustaining commercial unit. Three years later, on December 7, 2009, CDCL was incorporated under the Companies Act of the Kingdom of Bhutan, 2000. Thereon, it became a full-fledged state-owned enterprise. A major shift in the company came when, after five years of operations as a state-owned enterprise, it joined the many companies under Druk Holding and Investments (DHI) in January 2015 to become a part of the country’s investment arm.

With the change in ownership, CDCL was required to amend its registration and Articles of Incorporation (AoI) under the Companies Act. The company’s board and the management felt the need to review the existing Corporate Strategic Plan (2014-2018) to assess and ensure its conformity to the new AoI. It was then decided that the CSP be redone using the Balanced Scorecard (BSC) method as detailed in the subsequent sections of this document.

The vision illustrates what the CDCL should look like when it reaches its destination. Our vision statement for 2030 is as under:

“To be the premier engineering and construction company that meaningfully engages national workforce, astutely contributes to the socio-economic development of the nation with the highest ethical standards, and compete in the international arena.”

Core values establish what the company believes in and the kind of behavior it wants to reinforce. Values create a moral compass that forms the basis for decision-making and influencing actions in every-day situations.

CDCL believes in what it calls ELITES, an acronym of its core values, which when spelt out, reads as follows: 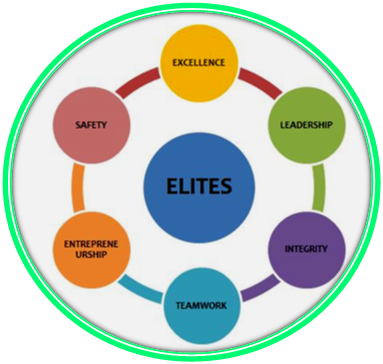 Excellence: The focus to strive for the highest possible standards while conducting business, in terms of cost effectiveness, quality and timeliness of work.

Leadership: The belief that every employee is a leader and remains focused and motivated at work.

Integrity: The resolve to do the right thing for the company, colleagues and stakeholders even when no one is looking.

Teamwork: The spirit and enthusiasm to work collectively across all levels and partners, building strong relationships based on mutual respect, understanding and cooperation.

Entrepreneurship: The passion for seeking constant improvement and calculated risk taking to capitalise on opportunities that help the company achieve its objectives.

Safety: The belief in the safety of its employees, partners and the public.

Our work in the township development projects begins right from the feasibility studies, IDPR and extends all the up to the implementation.

We have successfully completed several projects with the major of the projects being road and bridge construction.

We have successfully completed several projects with the major of the projects being road and bridge construction.

Our work in the township development projects begins right from the feasibility studies, IDPR and extends all the up to the implementation. 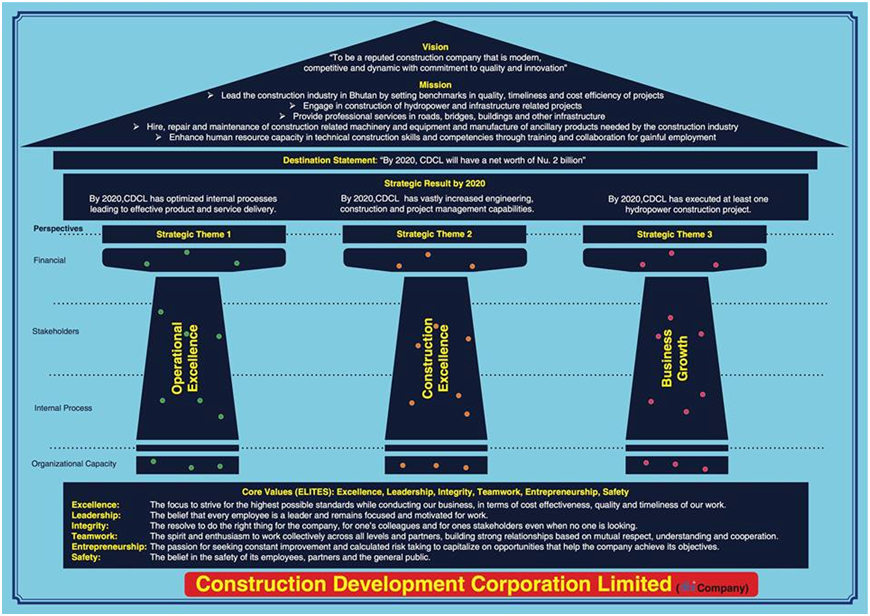 Since our establishment we have been working towards leading the Bhutanese construction industry in setting construction standards in Bhutan. We believe that one of the ways to efficiently do so is to bring together construction practitioners and academics in a single forum to share ideas, knowledge, experiences and expertise. We have therefore, initiated the process by launching the “National Seminar on Construction Industry – Inspiring through Practice” which we hope to nurture it to be a CoE.