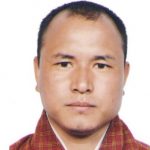 Construction Development Corporation Limited (CDCL), in yet another major break-through in the construction of hydropower project, signed a contract agreement with Kholongchhu Hydro Energy Limited on 26th May 2021 coinciding with the auspicious day of Buddha Parinirvana for the construction of part of Head Race Tunnel from Adit 2 and Chaplangchhu Diversion Works for a contract value of Nu. 991.30 million in Trashiyangtse.

The contract was awarded to CDCL by KHEL under the arrangement of offloading of at least 20% scope of work from Main Civil Package KC-2 of HRT won by Valecha-Rigsar JV at their evaluated rates. The project involves the construction of 400 m of Adit 2, 2.1 km of Head Race Tunnel, and Chaplangchhu Diversion works which includes major components of hydropower projects at a smaller scale. CDCL is the first contractor for major civil work packages to sign the contract for Kholongchhu Hydropower Project.

Today CDCL had excavated more than 3 km of HRT and 1.8 km of drift tunnel using completely national manpower and had developed resources and capacity in the construction of underground works.